by Mark Liston, Director of Special Projects for Neighborly on October 2, 2019

Did you know? Marques Colston, a retired NFL player for the New Orleans Saints, is now involved in franchising. Check out my key takeaways from International Franchise Association’s Franchise Action Network.

In last month’s newsletter, I talked about “ghost accounts” and mentioned that CareerPlug is free – so why wouldn’t everyone sign up for it?

Some franchisees who read this article informed me it isn’t free. What I should have said was the BASIC version is free. The PRO version in $495 per year.

What follows are the differences: 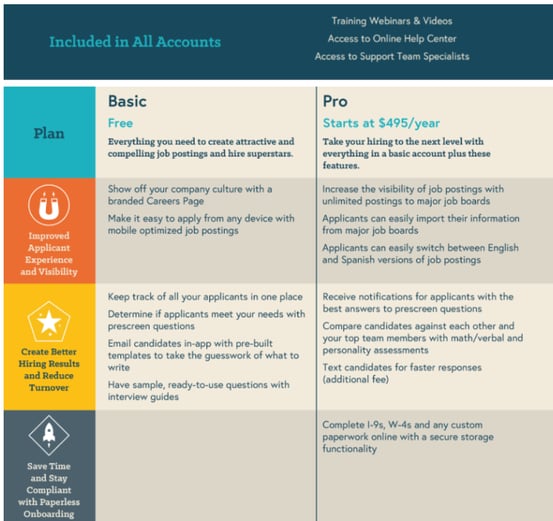 In looking at every Neighborly brand, I’ve found that one technician, at minimum, is responsible for $100,000 in sales. With that premise, as a franchisee I would gladly spend $500 to make sure I am getting the best applicants possible. Because of this, I have to aggressively go after the best possible applicant – not wait for that person to come to me.

A few weeks ago, I attended the International Franchise Association’s Franchise Action Network in Washington D.C. During that event, 400 of us visited Capitol Hill to lobby for our legislators to support the people who bring jobs to America – franchisees!

One of the speakers we had at the event was Marques Colston, a retired NFL player for the New Orleans Saints. I wanted to share much of what I learned because I think it contains several lessons for us when it comes to recruiting and retaining people.

Colston is now involved in franchising, having become a partner with emerging franchisor Main Squeeze Juice Co. Citing how franchising requires successful franchisees, Colston noted the business model is particularly impactful for those who wish to give back, and that he chose to invest in a franchise because he saw it as a means of economic empowerment and a community-wide benefit.

Colston was soft spoken when he joined the Saints. Drew Brees said Colston was the best teammate he has EVER had in his life. Subsequently, Colston became known as “The Quiet Storm.”

Here's how Colston described how to be a great teammate:

Colston had a chance to become a free agent and get a huge payday. He turned it down to re-sign with the Saints. When asked why he made that decision, he explained his three main reasons:

Colston saw many similarities between business and sports. In fact, there are so many lessons we can all learn from for our teams. A few include:

Colston’s Successes in the NFL

Lessons Learned about Recruiting and Retaining

251 people were drafted before him. You never know who is going to be your best employee. How Colston described being a great teammate is so true when it comes to building a great team:

Similarities Between Business and Sports

There are many lessons we can all learn from Colston’s experiences, including:

Have a great hiring and recruiting month! 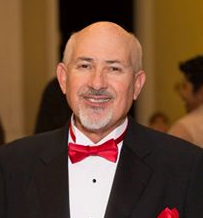 Mark serves as the Director of Special Projects for Neighborly

...Looking to the system for correction and proposing all possible solutions if something is not working.