Training and Technical Talk: Show Me the Money! (And License!)

In 1996, the year my son was born, a movie named Jerry Maguire came to the big screen and coined the phrase, “Show me the money!” Learn how a commercial pesticide license can increase your margins.

I was landscaping full time and taking care of a small child that year, continuously looking for ways to increase our margins. My formal education taught me to identify pests from weeds and how to eradicate bugs properly, but that was not enough for the state of Texas. Getting my commercial pesticide license opened doors for our company, and we saw profit margins jump the highest we had ever seen. 23 years later, the profits are still possible providing services using a pesticide license. 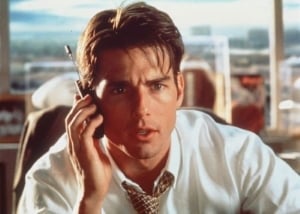 Are you ready to make some money? There are many kinds of licenses available in the landscape industry. However, getting the states’ or provinces’ permission to take care of pests legally is a good step in the right direction. Each one requires passing an exam on federal and state laws, as well as correctly identifying chosen pests. Oh, let’s not forget the math. Yes, there are a few math problems too. Some states also have additional stipulations, such as years of service before getting a pesticide license. Knowing what your state or province is requiring for a pesticide license is sometimes tougher to find than taking the test!

The last survey revealed less than one fourth of our franchise owners had a commercial pesticide license or someone on their staff that possessed one. There are disadvantages when the owner hires an employee with a license as opposed to having one themselves. This is true for all licenses, and it is recommended that owners try to obtain the official documentation so they are not held hostage by the license holder. Hiring a licensed employee is a good temporary answer to broadening the service vertical for any business, but when this person leaves the company, all pest treatments end until a replacement license holder is available. If this sounds familiar, it’s time to make changes in your company.

Each state or province has their own rules as to who is performing the work for pesticide applications. For instance, in Texas, the license holder need not be present on the job site, and the applicator is not required to posses the license. Illinois requires both the operator and the applicator to posses a license, but they take different tests. Knowing who needs a license and what kind is crucial to avoiding penalties, additional fees and even jail time as an owner.

Locating accurate information as to where, how and when you can take tests for commercial pesticide licenses usually requires a Google search to identify your local agricultural authority. Government websites are filled with information that is useful, but they are sometimes confusing with the legal jargon and lengthy explanations. Phone calls to the governmental office are usually helpful because they can lead you through the order of steps needed to obtain the license. Getting the right study material is also a necessity for success on the tests.

Timing is also critical. Arkansas only offers the test for a licensed commercial applicator once a year the last time a franchise owner inquired about it. Some states like Virginia and Florida require a certain amount of years under the guidance of a licensed holder prior to obtaining your own. Understanding these laws is critical to receive legal documentation and retaining it.

Most licenses require continued education hours to retain them. The number of hours again varies by the agency in charge of the licenses in your area. Some states even require a certain number of hours in a particular subject to keep current. These are an opportunity to stay on top of the industry and it is a great way to network while attending the classes. Farmers to distributors of pesticides are required to have these similar licenses, so all of them are attending as well. Most agencies are offering online courses now but getting to know others that share the same interests can grow your portfolio of contacts.

Costs for testing and licensing vary according to the requirements in your area. When I took my test, it was free, and my license was $10 annually for over a decade. Now, 20 plus years later, my license is $180! It is the price we pay to continue service, and it is an expense of owning a business. I will never regret getting my commercial pesticide license and it is worth every penny.

We are here to help! If you’re having trouble beginning the commercial pesticide license process, I can help you locate the information and websites necessary to get you on the right track. Start 2020 with a new skill, and you too can yell, “Show me the money” with confidence that in the coming months, you'll see it!

...Making our best effort to understand and appreciate the customers' needs in every situation.